Well, my ex-boyfriend was too much of an $@£@$# for me so one day I went to his car and put an apple in his car so that it wouldn’t start so he had to stay where he was for over 5 hours.

I once got even with someone by posting his name and phone number on a gay dating website.

The message said, “call anytime and give a graphic description of what you would like to do to me”.

He got so many offers and explicit messages on his voicemail that he finally had to have his phone number changed!

Have a good think before you do this…

What did your target do to you? Is revenge really necessary?

Ok now we have that thought over and you’ve decided that revenge really is necessary then what you need to do is collect as many of your targets personal belongings as you can (If you know what I mean!)

Bad grades, baby pictures and any other things that you think would embarrass your target.

Once you have this collection place the items on notice boards and at meeting points throughout your school.

They will be totally humiliated.

He was caught with them in his desk drawer by the assistant female HR, and that’s all it took. FIRED!!! As he was leaving I smiled and said ‘We sure will miss you!”

I’ve never done this but it will work.

Step 1. Tell your target to go get food, drinks, etc. or anything to get them out of the house for a while.

Step 2. After they leave, get a bucket and fill it with cold water.

Step 3. Open their bedroom door a crack about 3 inches open.

Step 4. Put the bucket on the crack of the door to where it sits perfectly without stumbling.

Step 5. Tell your target you will be waiting in her/his room and to meet you there.

Step 6. When the target opens the door they will get splashed by the cold water.

Step 7. Make sure you record it.


P.S. This revenge works best with hardwood floor.
Make sure to have a PEACE OFFERING!!

I perform a comedy cabaret act which has never made me more than a fraction of a living. I started dating a workmate a few years ago who claimed to have been an actress and TV and radio presenter for 20 years with a wealth of experience and contacts in the entertainment industry and she could use these to help me take my act to “the next level”.

Over the next two years I was with her I diverted vast amounts of time, energy and money into a variety of her hair-brained schemes for this purpose all of which led to nothing. Furthermore her behaviour backstage at some of my gigs got me banned from certain venues, as she was doing things like muttering snide remarks about other acts within earshot. Towards the end of our relationship I started doing some detective work and discovered that she’d only done a bit of amateur dramatics and been in a handful of “independent” films – i.e. “bad home movies”.

She lasted one night in a Fringe Festival play because other cast members complained about her reeking of alcohol on stage and ruining the whole performance. Also she couldn’t remember the names of any of the school plays in which she’d been nor could she remember the name of the university at which she’d allegedly studied acting.

She would also get quite nastily defensive every time I tried to scratch the surface of her blatant façade by suddenly making stinging remarks about how little I had to show for my life at 40. In otherwords, she knew as much about the entertainment industry as my next-door neighbour’s cat knows about The Theory of Relativity. I was so in love with her that I fell for it all like a ton of bricks – how did she get past my bullsh*t radar?

However, the thing that drove me to alcoholism, anti-depressants and diazepam was that she claimed to have a fatal disease and had only five years to live. After we split up a doctor friend told me that her disease was indeed debilitating but NOT fatal. She just used it as a way of screwing money out of gullible, emotionally vulnerable, middle-aged divorcees like me. I have now been diagnosed with clinical depression and anxiety disorder, my cabaret act is lying in ruins and I have about 800 unsold CDs in my wardrobe collecting dust … plus a COMPLETELY broken heart. It has now been three years since I last saw her and I still wake up every morning with a cannonball in my stomach.

Anyway, I found out after she gave me the boot that she’d been fired from two day jobs for gross professional misconduct. I just want to know the name of her insurance company so I can tell them anonymously that she had her old car deliberately stolen to claim the insurance money. Oh! And I must call the British Embassy to tell them that she over-stayed her two-year working visa, something for which she could be barred from ever entering the UK again.

Anyway, my main method of revenge has been writing cruel, spiteful songs about her and putting them up for sale on the internet. I can send you the link if you want.

If these songs amount to libel and she tries to sue me – GOOD! – it’ll be fantastic publicity for my act.

Any other suggestions for sweet vengeance would be greatly appreciated.

Punch a hole in the wall of your victims home behind where a picture usually hangs. Make sure it’s a plasterboard wall otherwise you could quite seriously hurt yourself!

Purchase a fish from your local supermarket or fishmonger.

Place the fish in the wall and then rehang the picture! 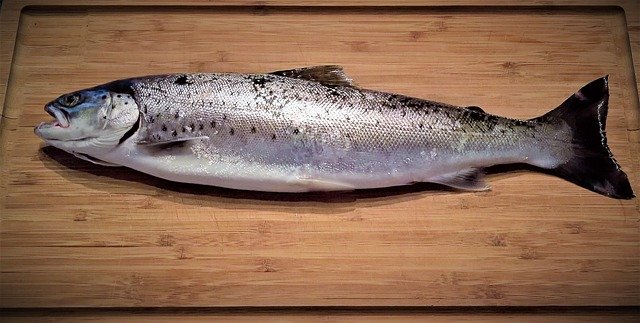 I had a dispute with a roommate in college.

Wearing disposable gloves, I collected some poison ivy leaves, put them in a coffee can and took them back to the house.

When he wasn’t there I put on another set of gloves and rubbed the leaves on the toilet seat.

I don’t know for sure what kind of rash he had but I did notice that he was scratching his ass a little more than usual.

How’s this grab yeah I had my ex picked up the local police department three weeks after we broke up.

All was quiet; she was down at her favorite bar in town celebrating her Birthday with friends when at 10:30 cops roll in the back door and arrest her for violation of her probation.

I watched her from the parking lot get hauled away by the cops it was great.

I slept well at night – she got what was coming to her!! Revenge is a dish best served cold!!!!