Throughout his lifetime Thomas Alva Edison was granted 1,093 patents. Most people remember him for the light bulb, but it may surprise you to know that he didn’t actually invent the light bulb. 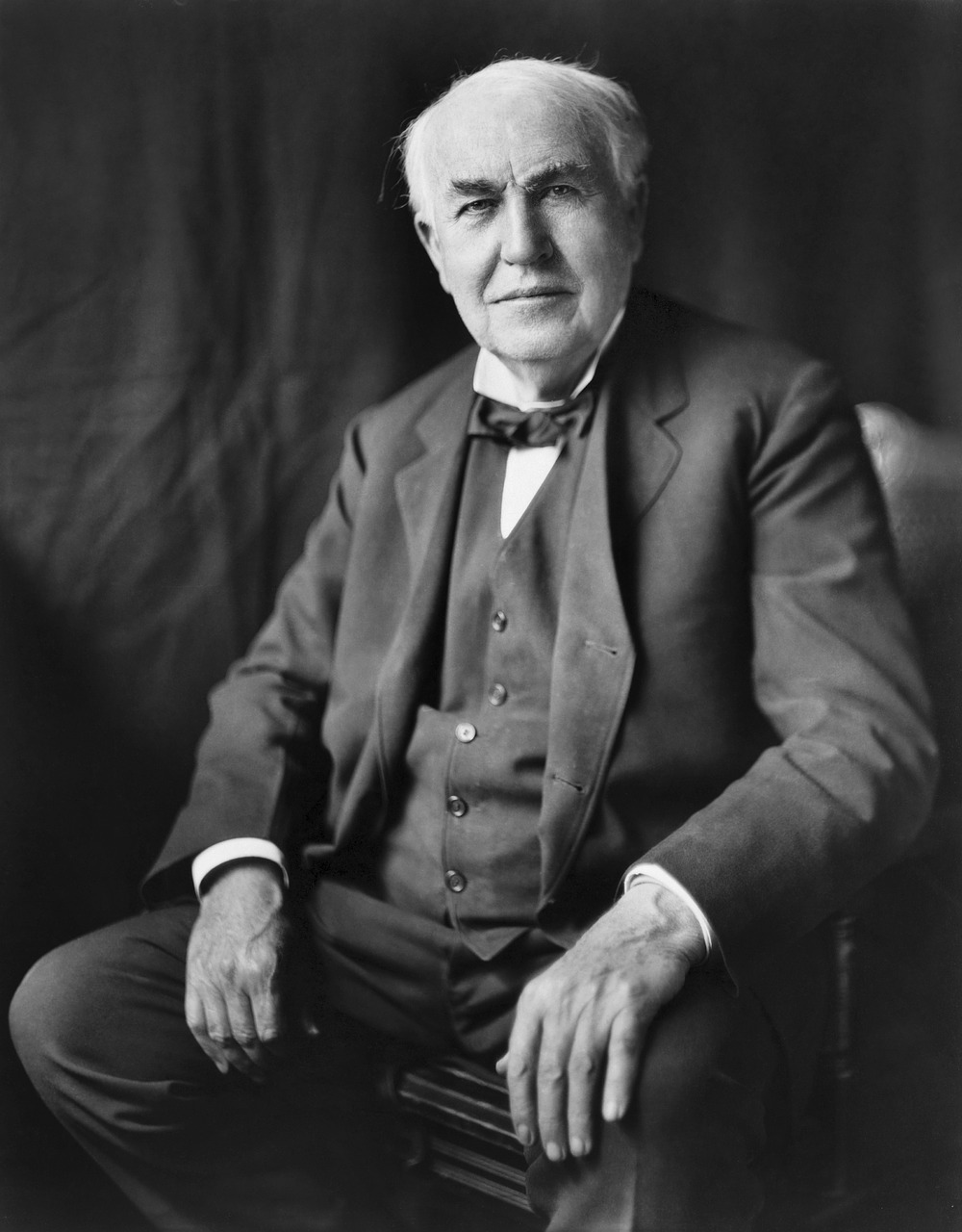 The light bulb was invented by an Englishman named Humphry Davy in 1809. Edison was responsible for making the lightbulb into a consumer item. Edison was however responsible for many other innovations including the typewriter, phonograph, electric pen, cigar lighter, motion-picture camera, and an alkaline storage battery.

He died in 1931 and left behind 3,500 notebooks containing details of his ideas, thoughts and his mind at work. The notebooks are currently preserved in temperature-controlled vaults in a laboratory at the Edison National Historic Site in West Orange, New Jersey.

Thomas Alva Edison had little formal education and yet was one of the greatest inventors of all time. One of his techniques to get to a successful idea was to generate many ideas – he had a belief that quality came from quantity. He would set idea targets for himself, aiming for one minor invention every ten days and a major invention every six months.

Thomas Alva Edison was also a businessman and he established the Edison General Electric Company in 1878 today this company is the large conglomerate known simply as General Electric and is the only company listed in the Dow Jones index today that was also included in the original index of 1896.

Learning from failed experiments and mistakes is key to the innovative process and Edison was a master at this. His notebooks contain many pages of learnings from his failures.

Questioned on why he continued to try and discover a long-lasting filament for the light bulb after failing thousands of times he exclaimed that in his mind he had not failed once. He had simply discovered thousands of things that didn’t work.

While developing the electric light bulb, Edison and his assistants were using platinum for the filament of the lights.

Platinum was a scarce resource to locate, it was expensive and it didn’t keep the light lit for very long.

One day while experimenting with filaments Edison had some lampblack (more commonly known as carbon black and was traditionally produced by collecting soot from oil lamps) on his fingers. While looking at the blackened piece of filament he got an idea – i.e. to try carbon as a filament.

Edison’s first carbon filament bulb burned for thirteen hours and had the power of thirty candles.

Carbon can be twisted like rope – new experiments with twisted filaments led to bulbs that could last up to one hundred hours.

Edison would study his previous inventions and ideas in order to try and find new inventions and ideas in their own right. He had a belief that every new idea is simply an addition or modification to something that already exists and he would, therefore, take an existing idea and try and manipulate it into something else. Today a formal creativity technique known as SCAMPER can be used to formalize this manipulation process.

Edison would try and try again until he found something that worked. For example, in his laboratory, there were hundreds of phonograph horns. He experimented with different materials and shapes and sizes. He had small ones, large ones, square ones, and curved ones. He would basically try every design he could think of. He was a firm believer in not quitting until his goal had been met.

Tapping Into The Creative Potential Of The Brain

Thomas Alva Edison would tap into his hypnagogic theta brain wave states to assist with his creative work (see brain creativity for further details of theta brain waves). Edison would hold ball bearings in each hand; sit down in his favorite comfy chair with his arms draped over either side. He would then doze off to sleep; just as he was falling to sleep his hands would naturally relax and the ball bearings would fall from his hands and crash onto pie plates which he placed on the floor at either side of the chair, thus waking him up. Immediately after waking Edison would scribble down any notes and ideas that had come to him.

Go From Thomas Alva Edison To The Home Page