Thinking Outside Of The Box

It is rumoured that thinking outside the box originated from the classic puzzle displayed below.

The goal is to cover all of the dots by using only four straight lines and without taking your pen away from the paper. 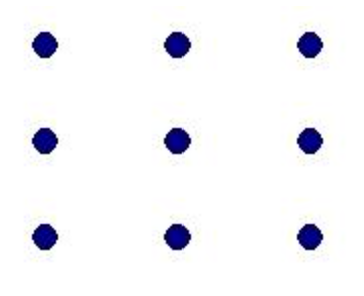 From initial glance it only looks possible with five lines. However if you stretch your thinking to think beyond the boundaries of the box then you will no doubt come up with the answer below… 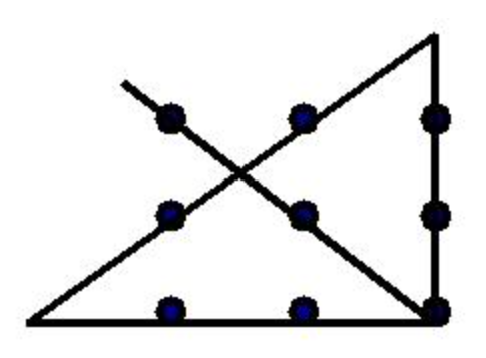 With further thinking you may come up with other better solutions, for example the rule states nothing about the width of the line that you can use. It would be possible to use just one very thick line and cover all the dots or perhaps the paper could be crumpled into a ball and a pencil stabbed through the paper therefore covering all the dots.

One of the keys to this form of thinking is determining which rules must be abided to and which can be ignored.

In general it’s about pushing past the boundaries of conventional thinking with an end goal of developing innovative and non-standard solutions.

It’s about breaking preconceived rules or norms to get to a solution. Take the rubiks cube as an example… You want to complete it, but you’re struggling with solving the puzzle so peel off all of the stickers and re-attach them so that it looks complete or pull the individual cubes off and rebuild the cube in a jigsaw type fashion!

I was asked the following question in an interview: “How can you drop an egg on a concrete floor without cracking it?” and my answer was “Concrete floors are very difficult to crack!”.

Try reversing any assumptions you have. What would happen if circumstances were reversed. Take a look at the reversal technique for further information.

Also consider the outrageous and ridiculous. Think about ideas that you would never consider implementing because they are say illegal or immoral or perhaps disgusting. These can all assist you in the thinking outside the box process.

Creativity consultant Arthur VanGundy argues against thinking outside the box

“We all think within perceptual boundaries that define reality. Focus instead on what box you are in, whether you should be in another box, and how to get there.”

Thinking Outside The Box Problems

I found the following excellent thinking outside the box puzzles from Manager: British Journal of Administrative Management. Oct/Nov2007, Issue 60, p4-5.

Puzzle A – The Lottery

I like an occasional bet and prefer roulette or cards, but I don’t ‘do’ the lottery – despite having, in my pocket, the winning numbers for next weeks jackpot. Why?

What solid (moving) object can you stand in front of, in the clear light of day, and yet you can’t see it?

Puzzle C – The Problem With The Bus In Liverpool

Mary is a new student at Liverpool University and she also has a business placement in Southport. By mistake, she has boarded the E88 bus, which is an express that doesn’t stop at all the stops on the route to Southport. She is now at Sandhills and she’s noticed that the bus has only stopped at some stops (those places with an asterix on the list below) and she senses that there seems to be a pattern. She wants to get off at Formby Road; will she be able to do so…?

Professor Whizz, the famous magician, said he could throw a table-tennis ball so that it would go a short distance, come to a dead stop, and then reverse itself. He said that he wouldn’t bounce the ball against anything, or tie anything to it. How could he perform that feat?

Imagine a bridge, 4 kms long and strong enough to hold 15,000 kgs, but no more. A loaded truck weighing exactly 15,000 kgs drives on to the bridge. Halfway across, a sparrow weighing 35 grams lands on the truck…but the bridge doesn’t collapse. Why?

Hank was at the bank looking at a Wanted poster when someone asked who the man on the poster was. Hank said, pointing at the poster, “Brothers and sisters have I none, but this man’s son is my father’s son.” Whose picture was on the poster?

A: I’ve got a card with all the numbers on it. Any 6 of those will win.

C: No she can’t. The bus only stops at places with a double letter in the name.

D: By throwing the ball straight up into the air.

E: The truck has burned of 30g of diesel in the first 2 kilometres of crossing the bridge.

F: His father – a tip try substituting ‘me’ for ‘my fathers son’.

Creative Twist On Thinking Outside Of The Box

For a cleverly thought out and very creative twist on thinking outside of the box. Check out the creative leap. Here the box is replaced with a lion, fascinating stuff!

You may also want to check out from the same author A quickie sketch of your head or The cookbook and the lion.

For another problem that requires thinking outside the box see the candle problem.

On a final note on this subject there is the joke of the pet cat stood near its litter tray and the man shaking an angry finger towards it saying, “Never think outside the box”.