Konrad Zuse is given credit for being the first computer inventor.

A computer is a device that is able to perform multiple tasks and calculations at the same time. It has evolved throughout history, and different people have played key roles in developing and modifying it to what it has become today.

Charles Babbage who is also known as the father of computers is the one who came up with the concept. He was the first person to conceptualize and design a computer that was programmable. He did this in 1837.

It was the first mechanical computer which was known as the analytical computer. It had very important components that made its functionality more effective. These are the ALU, which is the arithmetic logical unit, the basic flow, and integrated memory. 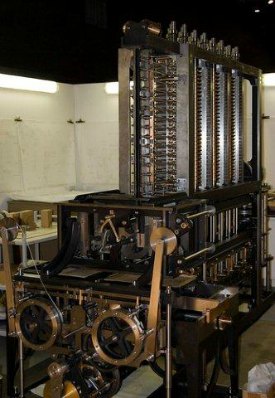 It had more advanced features compared to the previous computer versions. It was capable of computing a set of numbers at the same time. He was, however, not able to finish and make an actual product due to limited funding. His son, Henry Babbage later took on his Father’s project and a few years after, he had managed to make a simplified version of the device.

Between 1935 to 1938, the German inventor Konrad Zuse built the Z1. This was the first-ever program-controlled machine. He built it within three years in his parents’ living room. It was the world’s first functional computer. It had some problems but regardless of this, it had the binary system and the same system of separating storage and control that is used today.

In 1941, he completed the development of the Z3. It featured binary arithmetic, which incorporated the floating-point arithmetic and programmability. The computer inventor made changes and modifications to the previous versions making each new version better than the previous one. In 1946, He founded the Zuse-Ingenieurbüro Hopferau. This was the first computer company that was ever set-up in the world.

In 1967, he published and released his book titled Rechnender Raum, which means computing space. The book was about computers and ideas that were important, so as to understand the technology behind computers. He suggested the world runs on a grid that is made up of computers.

Konrad Zuse made a significant contribution to the world by making a device that changed how things were done. The idea picked up and new developers are using his ideas and models, to make better and more advanced computer versions.