Camera That Can See Around Corners

A recent innovation is that of a camera that can see around corners. This idea has been developed by British scientists and is thought to be of great use to the military. It will enable reconnaissance without giving away cover.

It’s also thought that it could be beneficial if fitted to cars to help detect obstacles before they come into view.

Similar Principle as a Periscope

It works on the same principle as a periscope however instead of the light reflecting off of a mirrored surface it uses a wall or a floor instead. 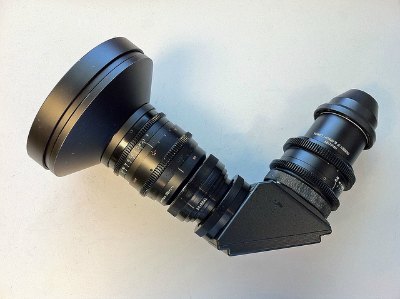 It takes the technology of a periscope pictured above a step further…(Photo Credit: Arturo Jacoby)

The camera works by using short high-intensity bursts of laser light directed at a target object. Tiny pieces of this light are scattered back on to an extremely sensitive detector within the camera.

Because such surfaces are often not effective reflectors the light comes back to the detector in a scattered form. The camera records this scattered light at 15 billion frames per second. This is quick enough to detect small differences in the times at which individual photons arrive back at the camera.

The camera creates its picture by firing its laser 4,000 times a second. The lasers are fired at many different angles. The resulting data is then translated using computer algorithms so that the shape of the object being taken around the corner can be reconstructed.

A prototype was being created during early 2014 and it is expected that the prototype would be able to recognize letters of the alphabet when tested.

Be A Child Again The Candle Problem

Innovation in Bingo: Surprising or Inevitable?