Invention Of The Frisbee

The invention of the Frisbee came in the 1950s when its inventor Walter Frederick Morrison conceived the idea for an aerodynamic plastic disc while throwing a metal cake pan on the beach in California to his wife, Lu.

Since that date then there have been hundreds of millions of Frisbees sold across the world.

Originally the Frisbee was named the “Pluto Platter” and was sold directly by Morrison at local fairs. The novel aerodynamic shape enables Frisbee’s to travel long distances and to hover in the air.

The invention of the frisbee has led to it being one of the most popular pieces of sporting equipment sold. In the patent document that details the design of the “Pluto Platter” it is called a flying saucer.

How The Name Frisbee Originated

A Californian firm Wham-O bought the rights to the Pluto Platter in 1957 at the same time the company realized that many of the kids who were using the toy were nicknaming them the “Frisbie” after the name of a popular pie. In order to avoid copyright infringement, the company decided to change the spelling and re-brand the Pluto Platter or “Frisbie” to Frisbee.

Similarities To A Clay Pigeon

Interestingly the Frisbee has many similarities (at least in terms of its aerodynamics) to a much older invention, that of the Clay pigeon which was invented by George Ligowsky back in 1885.

Frisbee inventor Morrison who was known to his friends as Fred died at his home in California on February 9th, 2010. In memory of Morrison the Wham-O company paid tribute to him with a quote on their web site:

In 1975 Alan Adler a sailboat designer and lecturer of engineering at Stanford University challenged himself to redesign a Frisbee.

Adler had much knowledge of aerodynamics and noticed that the thick edge of the Frisbee created a lot of drag (which means friction with the air). He also noted that a Frisbee acts as an airfoil (American) or Aerofoil (English) which basically means that when it flows through something such as air it creates an aerodynamic force or lift. 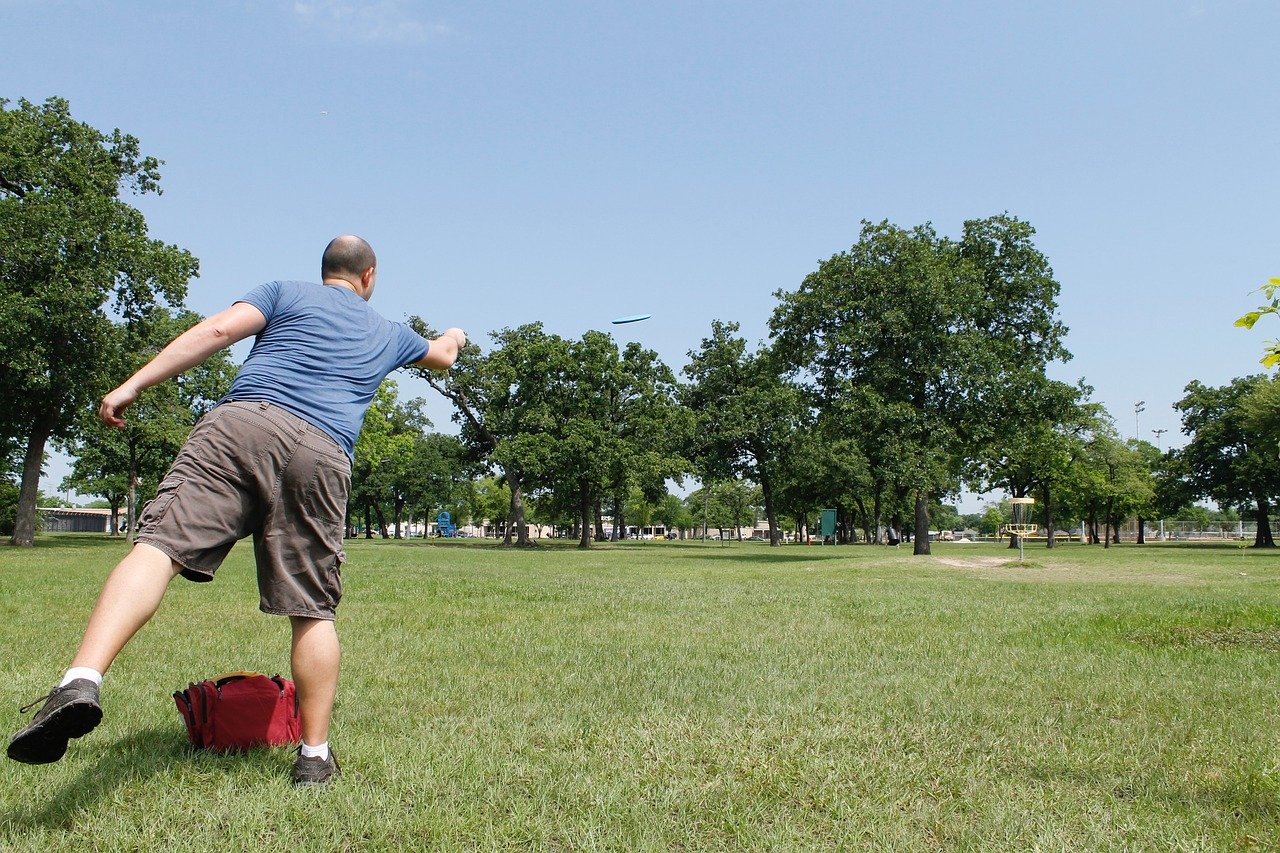 Adler experimented with slimmer, lighter Frisbee’s. His goal was to try and get a Frisbee to fly even greater distances than before. His first experiments were thin, plastic disks with a slight curve. Unfortunately, even though Adler managed to reduce the drag from this design the modified Frisbee wouldn’t fly straight.

His next experiments included plastic discs with a hollow middle, i.e. a ring-type shape. Having no middle made the Frisbee lighter still but also introduced a new problem as a ring flying through the air is actually 2 airfoils. The front half meets the air first followed by the back half.

To overcome this new problem Adler shaped the two separate airfoils one for the outside edge of the ring and one for the inside edge. With the aid of computer design and after ten years of experiments Adler finally perfected an improved Frisbee which he named the Aerobie.

The world record for flying an Aerobie a distance is 1,200 feet or 369 meters.

Definition Of A Frisbee

In Chambers 21 Century dictionary a Frisbee is defined as:

”A light, concave, plastic, saucer-shaped object that spins when thrown, used for recreation, usually in a park, on the beach, etc., and also for competitive sport. 1950s based on the name of the Frisbie bakery in Bridgeport, Connecticut, whose pie tins presumably inspired its invention.”