What to invent… For an invention to make a profit it has to create a business. To make a business you need to be inventing something that is cheaper, better and / or substantially different to competing products.

What should you invent? by Martin Mann First Published March 1961

The formula for profitable inventions sounds simple. Listen to Jim Rand, one of the most successful of modern inventors:

Rand, besides being an inventor himself, is president of a Cleveland firm specializing in inventions. One of his men is Claud Foster, a saxophone player who first hit it big with the Gabriel Horn, an auto accessory that hooked onto the exhaust pipe and played “My Country ‘Tis of Thee” at the push of a button.

But Foster’s specialty is making things cheaper. Years ago he took a hard look at shock absorbers, which are rather expensive. One day he was driving down a country road and saw a farm boy secure a bull by wrapping its rope around a tree.

“That’s for me,” he said, and adapted the idea to his Gabriel Snubber shock absorber. 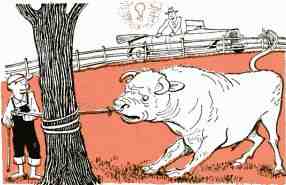 The famous Charles Kettering leaned the other way to invent the self-starter. He saw that a great many could be sold, even though they cost much more than hand cranks. Boss Ket’s mechanical genius showed up when he seized on a fact that other engineers, blinded by their experience with continuous-running trolley motors, had overlooked: A light-duty motor could be heavily overloaded to crank an engine if it carried the load only briefly.

Either approach works-if the invention is one that enough people will pay enough money for. That’s the point. When considering what to invent, don’t invent just for the sake of inventing.

Most amateur inventors ignore this and miss the pot of gold. “They do things backwards,” says veteran consultant Charles Welling.

“They jump right in, inventing away, just because they feel impelled to invent. They don’t think about markets for their inventions until after the inventions are made. Then it’s too late.”

Welling tells of a fellow townsman who rigged up a mechanized bucksaw for cutting firewood.

“It worked fine. He had used it for several years, and built a couple for friends. Then he came to me for advice on commercializing his invention. But he hadn’t the foggiest idea of how many people might buy such a machine or how much they might be willing to pay for it, let alone what kinds of stores might sell it. He never got anywhere.” 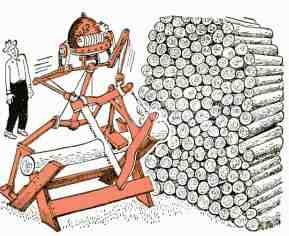 What to invent – A mechanical bucksaw?

How a new kind of machine was born. The big companies that earn dividends on new products do exactly the opposite. Take Harnischfeger Corp., the heavy machinery manufacturers. At the end of World War II Harnischfeger worried about its crane business. So many cranes had been built during the war that there seemed little chance to sell new ones for years to come.

Welling was assigned to find a way to keep that division busy. So in determining what to invent Welling asked himself two questions:

Welling spotted the opportunity in soil stabilization: Harrows, trucks, and gangs with shovels were needed to beef up the dirt foundations under roads and runways.

Only at this point did mechanical inventing begin.

Harnischfeger’s engineering department got the word and duly produced an ugly but efficient single-pass soil stabilizer. Operated by one man, it munches its way across the landscape, churning up dirt, mixing in the required amount of stabilizing asphalt, and patting the strengthened soil back into place, all in one continuous operation.

As it turned out, Harnischfeger’s crane business boomed instead of dying, but that hasn’t made the profits on the soil stabilizer any less pleasant.

So who needs it? Before you begin, stop and think about what to invent. Inventing to please the customers instead of yourself is not always surefire, of course. The biggest corporations have blown millions on market studies only to create monumental disasters (just ask Ford about the Edsel). Yet hard thinking before you decide what to invent does improve your chances greatly.

Some hints from the experts on what to invent. The men who pay their rent with inventions have learned some rules the hard way.

What to invent… here’s what they do:

Homeowners will pay extra to save effort even small lawns are now cut by power mowers. 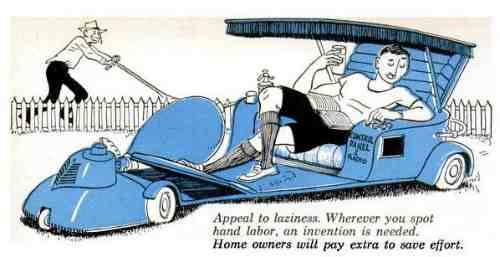 Businessmen are even more willing to invest in labor-saving machinery because they get their money back (and then some) in reduced man-hours.

Notice the power-operated tailgate elevators on trucks; they’re expensive but they pay off. The success of the quick-copying machines (like Thermofax) rests on plain dollars-and-cents. It costs so much to have a typist copy a letter that the machines-at $100 up-more than pay for themselves.

Small Improvements in small products can pay off big. The pros in the inventing business concentrate on small improvements in standard products. That’s where the money is. A radically new idea takes so long to win public acceptance that the original inventor may get little out of it.

The zipper, for example… It was invented by E. P. Judson in 1891. Not until 1905 was the Hookless Fastener Co. formed to exploit his patent. And not until the 1930s did the zipper really push aside buttons and hooks. The important, profit-making patent was not Judson’s, but later ones issued to Gideon Sundback, chief engineer of the Hookless Fastener Co., for improvements in the zipper and the machines that produce it.

When deciding what to invent, keep it simple: The Case of the Square Clothespin. The simpler the improvement the bigger the rewards. A Texas housewife made a fortune because she became annoyed at the way ordinary clothespins rolled onto the floor-and thought up the squared-off clothespin. 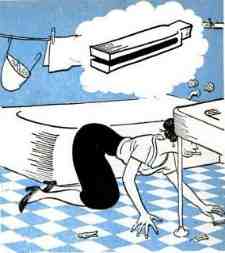 Another woman made squeamishness pay: Offended by the sight of the toilet-bowl brush, she invented a small disposable mop to eliminate it.

Consider things like these when deciding what to invent, items in everyday use in ordinary homes, are best for independent inventors to aim for. You already know the requirements. You can build and test experimental models with little trouble.

And you’ll get more attentive consideration from manufacturers of consumer goods.

A few rules to follow about what not to invent: It’s easier to pinpoint what not to invent. Some fields are overcrowded. So many varieties of bottle caps and tube caps have been tried that the chances of hitting on a successful new idea are slim. More than 6,000 patents have been issued on self-locking nuts, and dozens of efficient types are already on the market (yet inventors keep right on devising new ones). You can get a patent in a crowded field, but it’s not likely to be worth much. It will be so “narrow”- pertain to such fine details of design that a smart engineer can work his own design around it.

Some fields are tough to crack, among the toughest being automobiles. One automaker looks at about 8,000 ideas a year, but buys only eight. Even when a deal is made, the terms are rarely generous.

You have only five possible customers for an automotive invention; if they don’t buy, you have nowhere else to go. (There is a good market, however, for auto accessories that don’t have to be installed at the factory; the many small and medium-sized manufacturers in this business are looking for new ideas.)

The prospects for an airplane invention are even more dismal. Most aircraft manufacturers pool all patents, so no single firm has much to gain from buying an idea on the outside. While the pool itself occasionally buys a patent from an independent, it is the one and only customer and can set the price.

And perhaps most important of all

You should be ready to break any rule. Last summer one esteemed independent inventor, ticking off his own private list of dead fields not worth wasting time on, included flypaper. It certainly seems obsolete in the DDT age. Yet only recently scientists have discovered powerful chemical lures that will attract bugs for miles around to meet extinction on flypaper.

[End of What To Invent article]

Go From What To Invent To Innovation Articles

Go From What To Invent To The Home Page

Why Inventing Is Still A One Man Job

Now Inventing Is Easier Than Ever!